Earlier this month, nearly a hundred Rioters traveled to Las Vegas to attend AWS re:Invent, a weeklong conference hosted by AWS for the global cloud computing community. Rioters attended for many of the usual reasons - to attend talks and workshops, continue to hone their skills, and to meet with our AWS and other cloud partners.

But this year, we also brought a bit of Riot to the event with a number of activations. These were a great opportunity for us to deepen our engagement with the global cloud community, and really celebrate our games and IP with players. In this article, we’ll give a quick recap of our presence - the presentations, the booths, and the… human grab claw?! Yeah, you read that correctly. Let’s jump in!

This year, we presented at three different sessions throughout the conference. Our talks covered the evolution of our data pipelines, our automated governance reporting engine, and how we’re reinventing remote esports broadcasts with Project Stryker. Check them out below!

How AWS and Riot Games built a governance reporting engine

We've presented at re:Invent a number of times in the past as well, including talks about launching VALORANT and globalizing player accounts. 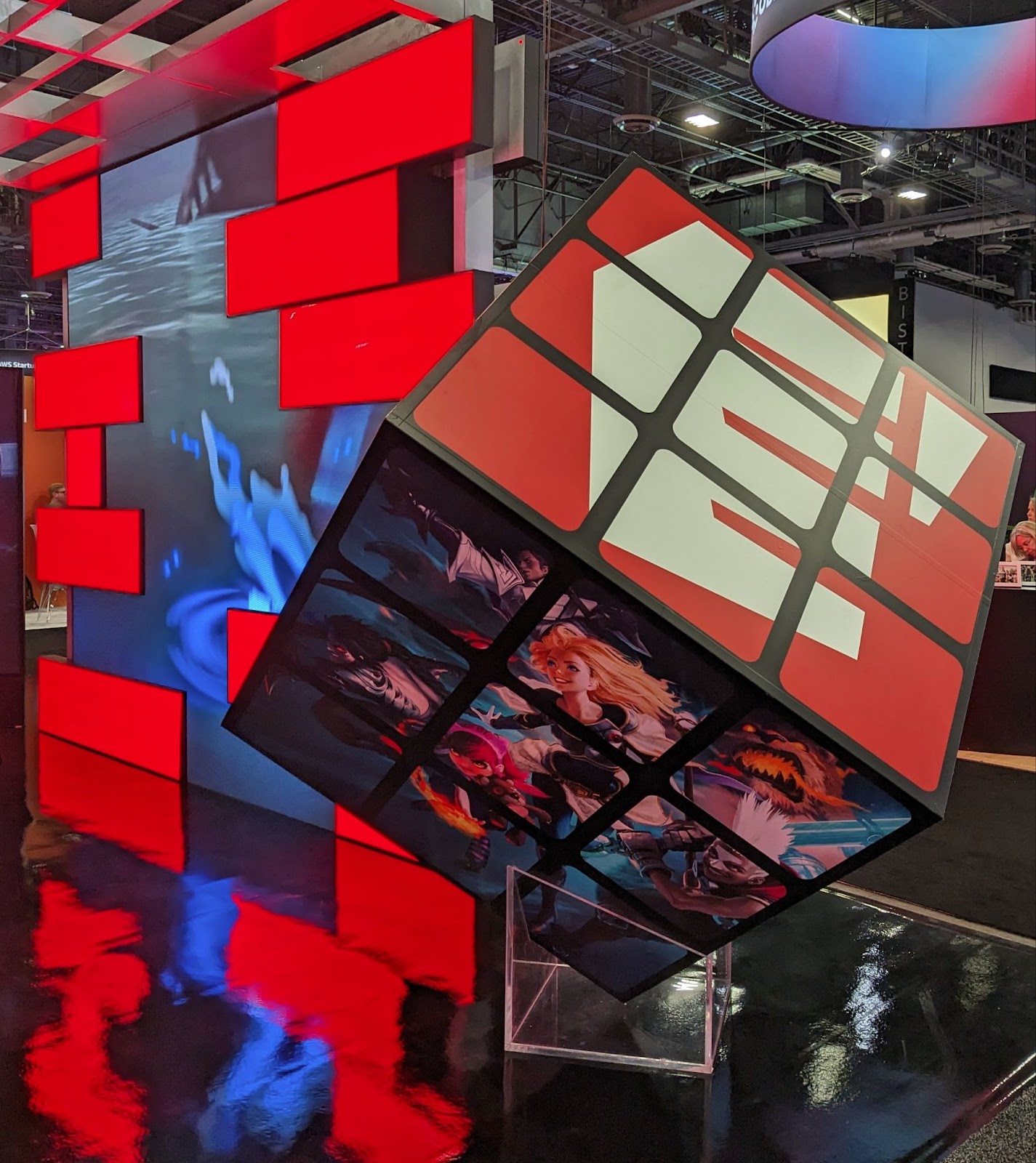 When conference attendees weren’t catching talks or attending workshops, they could swing by the Expo - a convention hall featuring a number of partners. We set up a booth here as well, to really celebrate our games & our IP, and to better connect with folks in the industry. We had a fun Star Guardian themed game for people to win prizes at, and multiple mini-features on Riot Direct, how we combat peeker’s advantage, and this overview of Project Stryker. 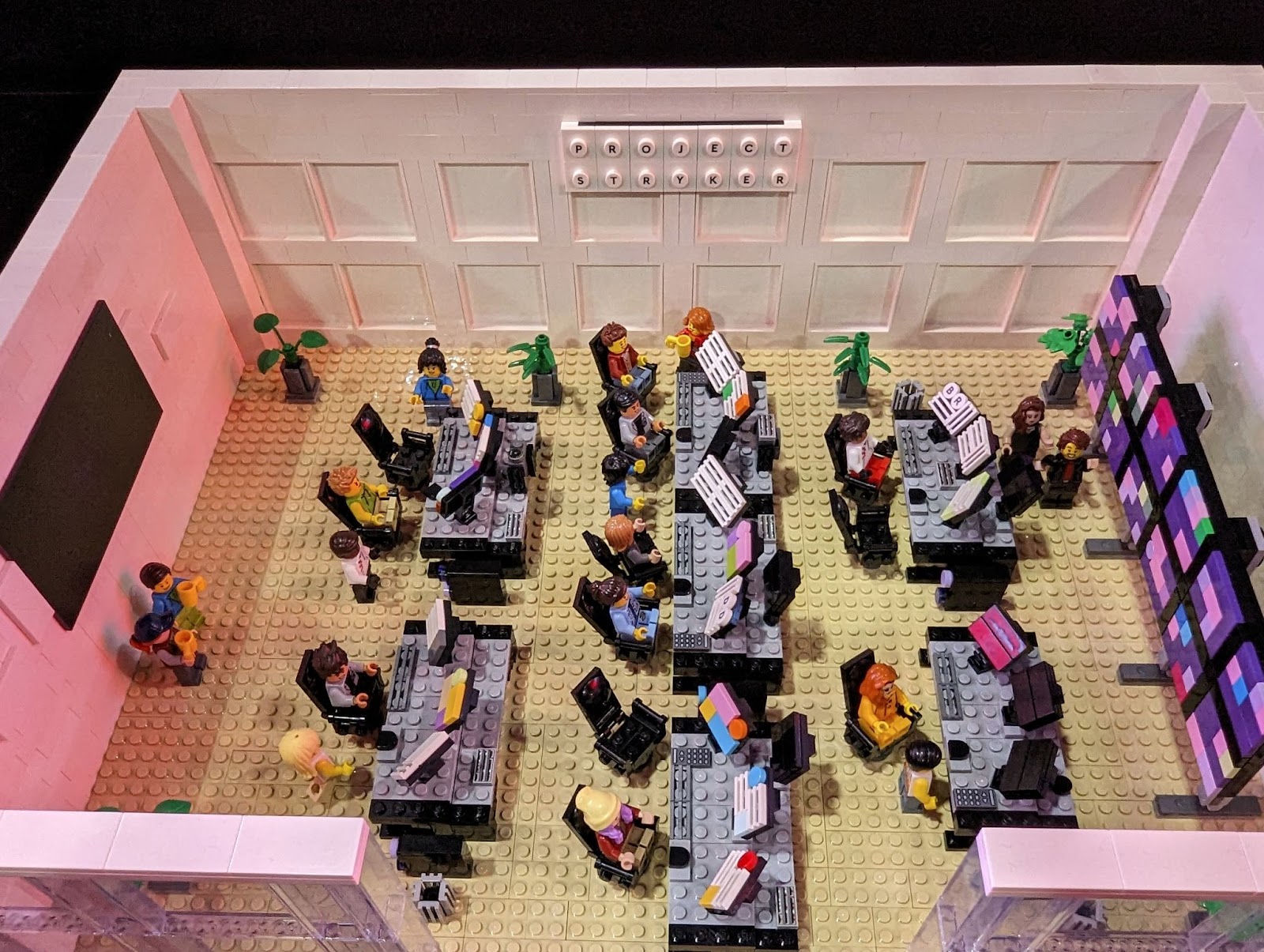 One of the best parts about the Expo booth was just getting to connect with players and fans who were attending the conference. Folks stopped by the booth to talk about Arcane, discuss their favorite VALORANT agents, and reminisce about old League of Legends seasons. We even met a number of parents who told us about the games they’re playing with their kids! 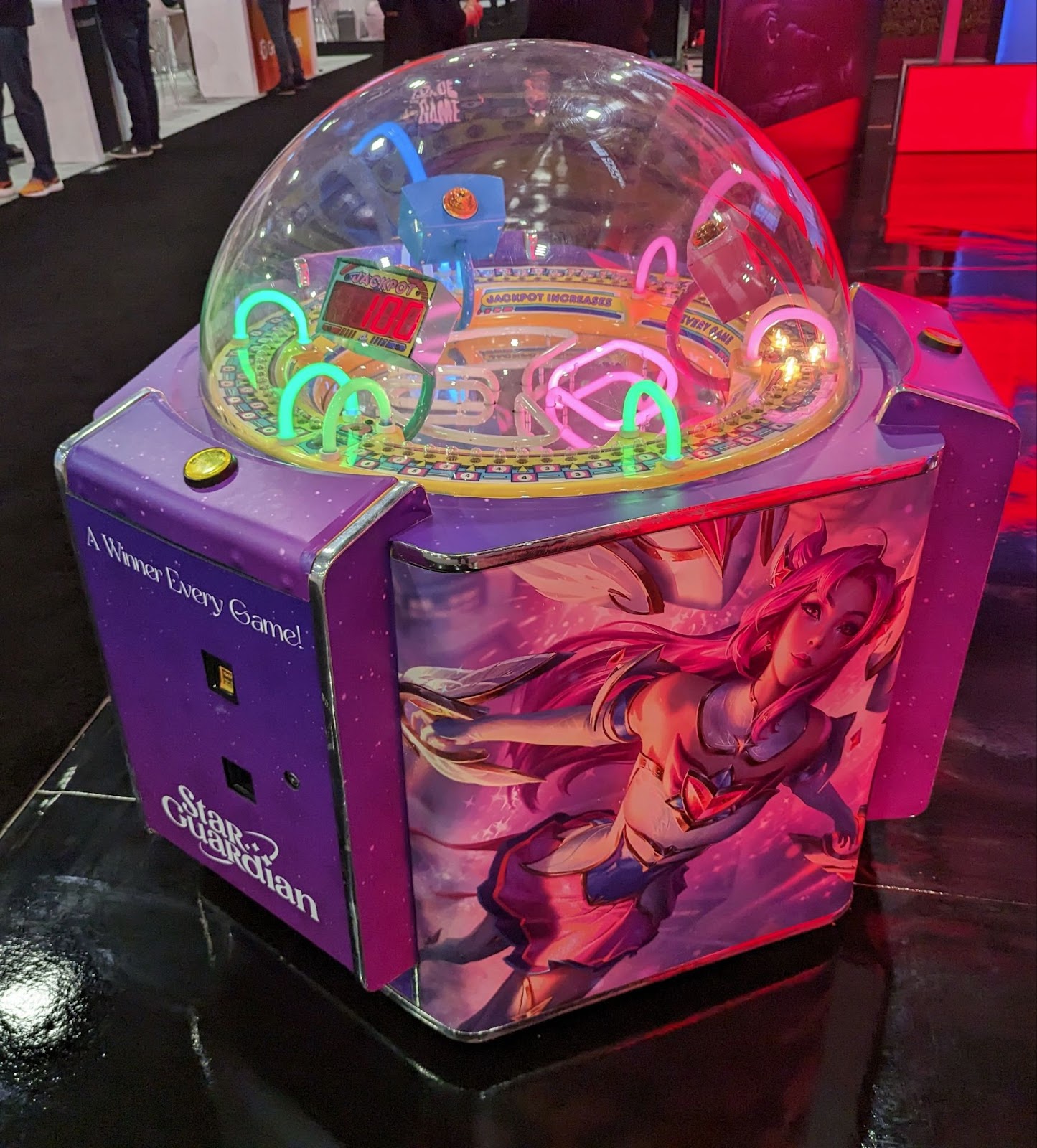 Star Guardian-themed mini-game where attendees could test their reaction time - or just their luck! 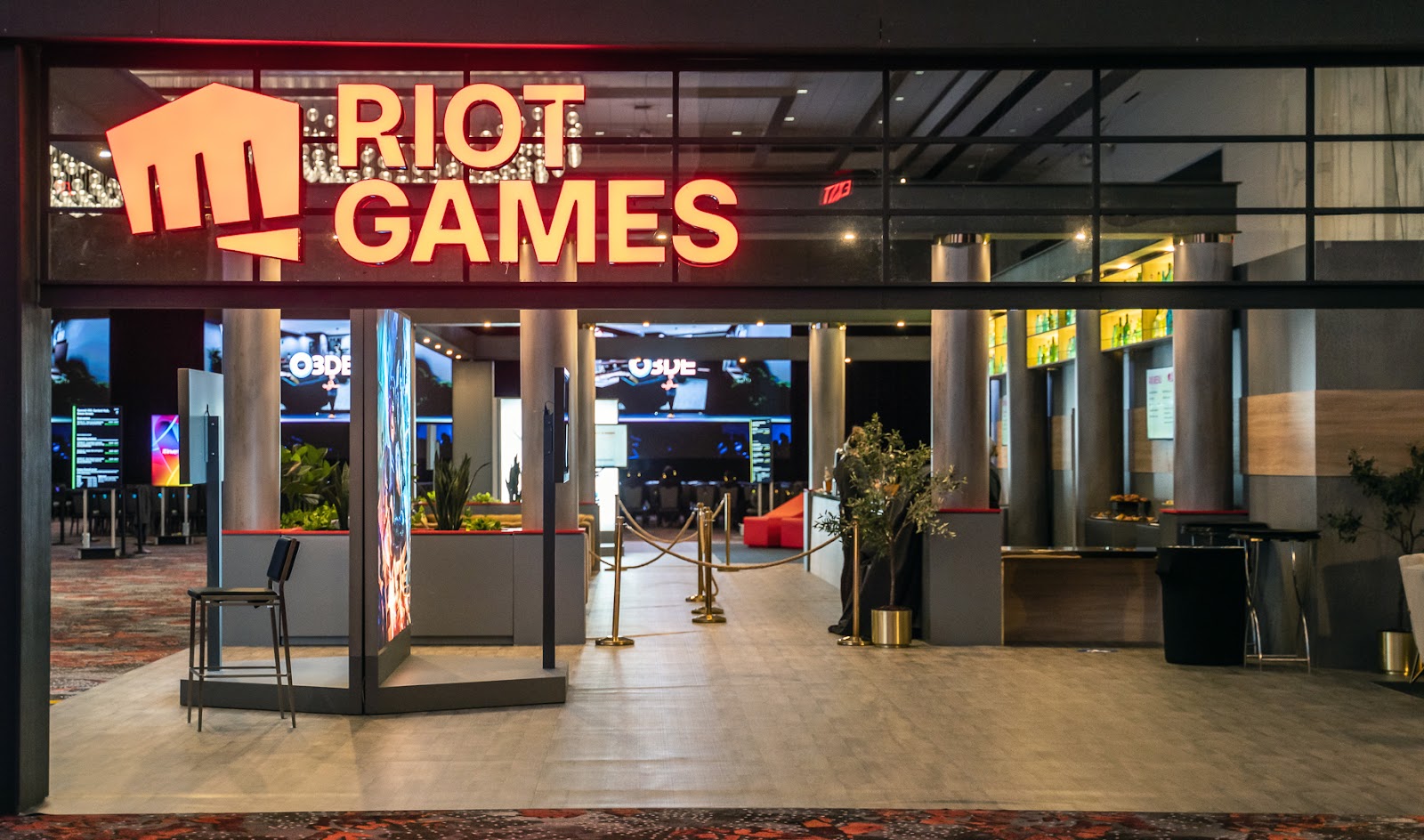 In contrast to the energy of the Expo hall, our Content Hub was a place where conference attendees could take a moment to recharge and refresh. We hosted screens with various conference talks and served up delicious pastries and coffee from a chic, modern twist on Bilgewater Brew (Riot’s on-campus coffee shop!). 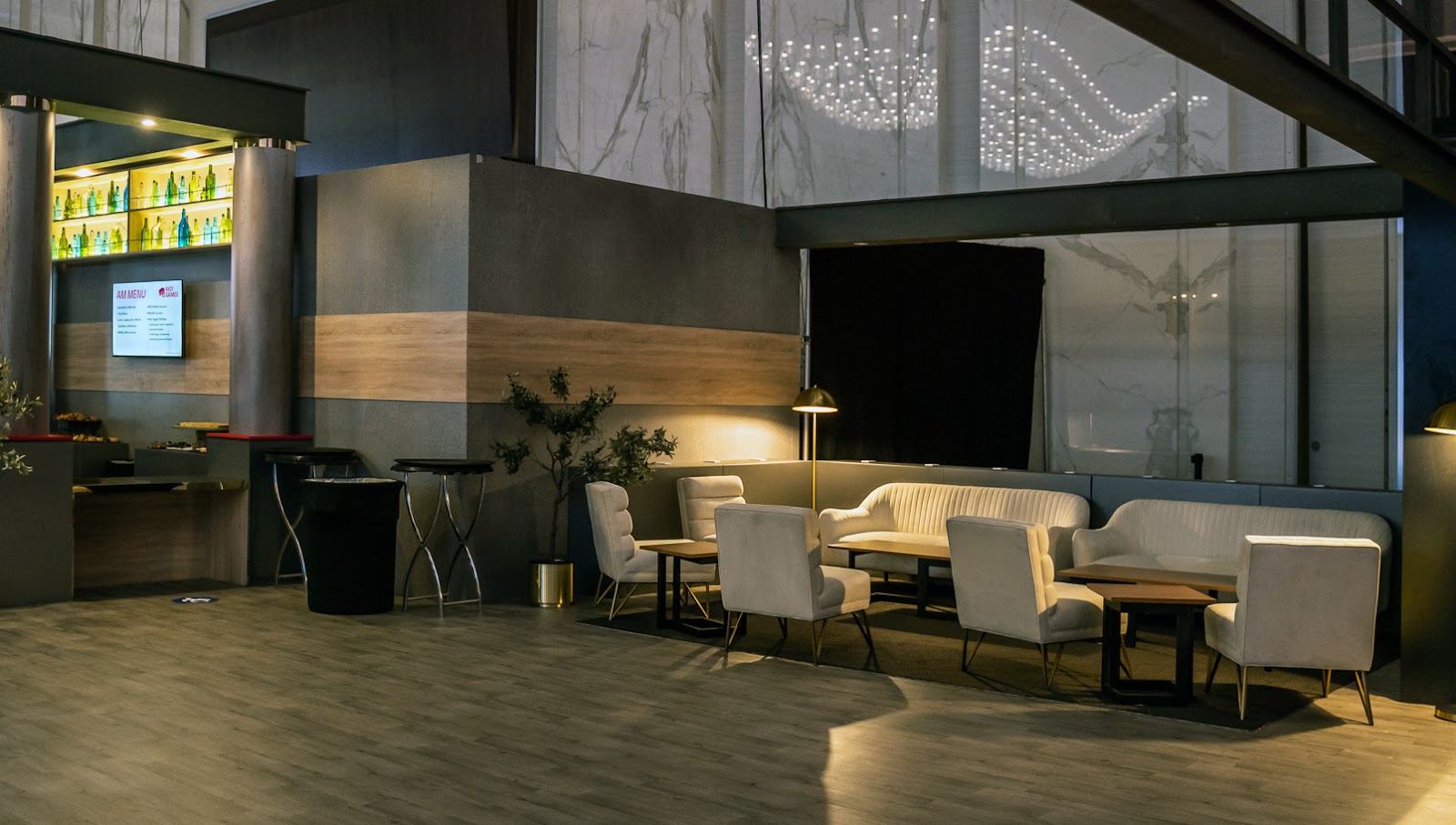 Similar to the Expo booth, we also had kiosks featuring some of our technical projects, including how we’re migrating game servers to the cloud, how we do capacity planning, and a feature on deep reinforcement learning projects at Riot (you can learn more about that here!). 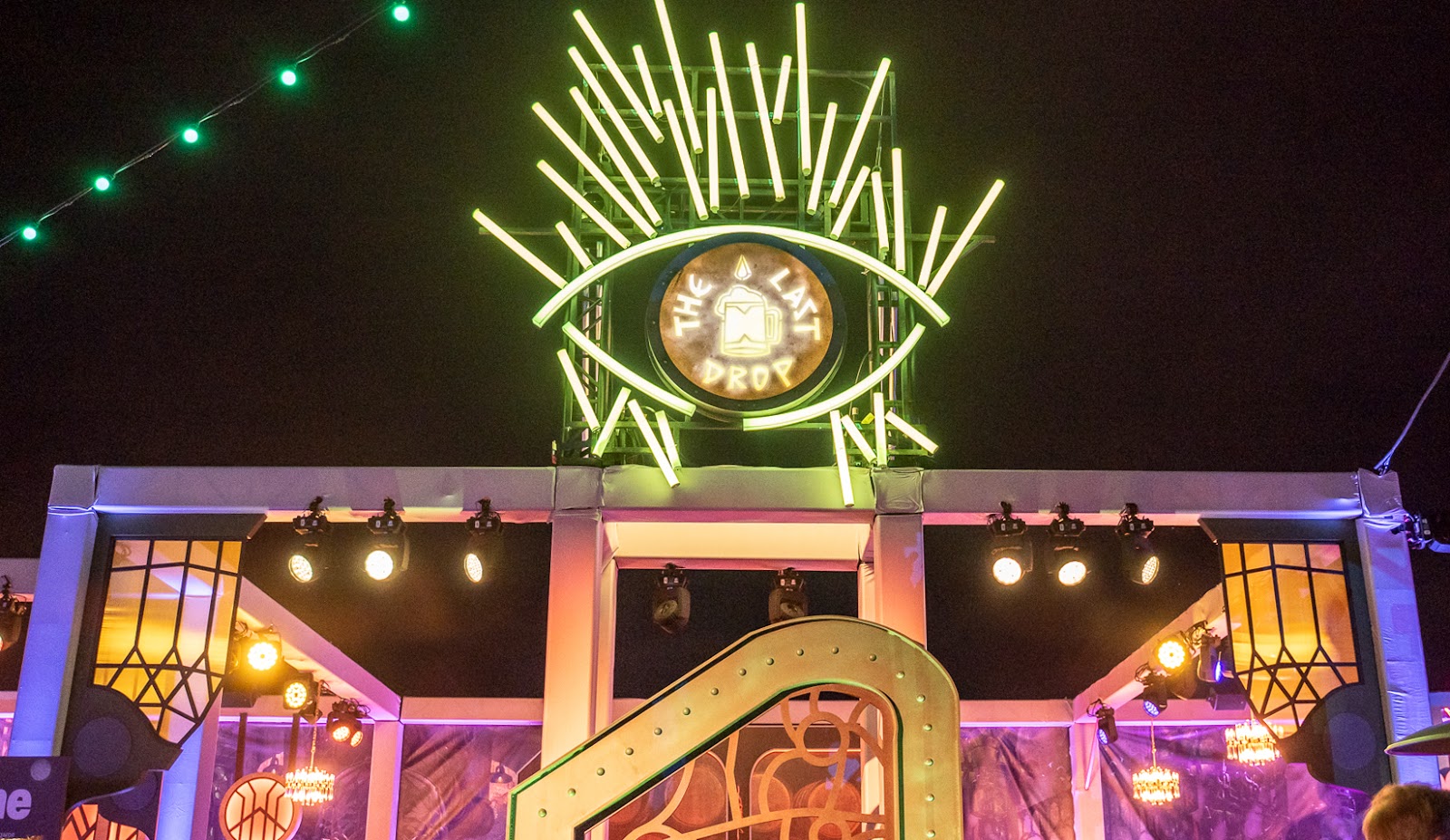 Finally, there was re:Play - the conference’s closing party. We took over a whole section of the event grounds to really celebrate League of Legends and Arcane. Attendees could grab a drink at the Last Drop, test their might at Poppy’s High Striker, and yes - try to snag some swag at our human grab claw. We even had legendary League of Legends shoutcasters David “Phreak” Turley and Trevor “Quickshot” Henry in attendance, providing running commentary and taking photos. It was really a fun time connecting with players and unwinding after a long week. 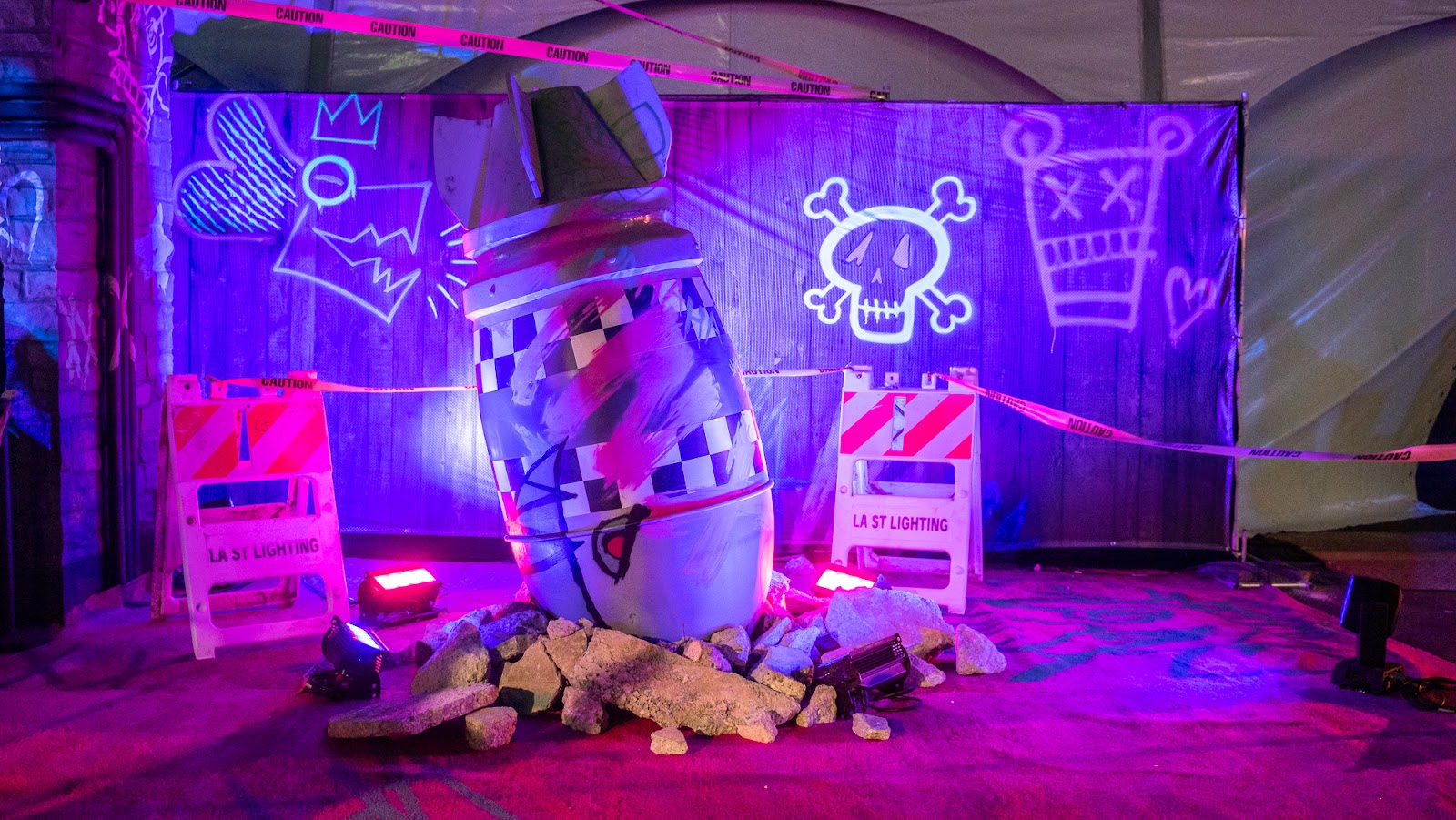 All in all, it was a really great week of connecting with the broader cloud technology community, and with all of the fans and players in attendance. Special thanks to our partners at AWS, and to everybody who stopped by any of the activations above - we hope you enjoyed hanging out with us at the conference. And to our readers, we hope you enjoyed this recap - we’ll look for you at future events!

We’ll be back in the new year with more Tech Blog articles, and you can keep in touch with us on Twitter and LinkedIn. Lastly, if you’re excited by anything you saw here today, we are hiring! We have open roles in Software, Infrastructure, Data, and Information Security, and we’d love to hear from you.